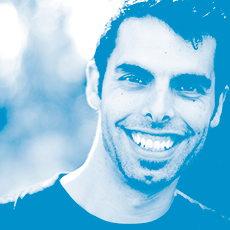 Graduated in audiovisuals and multimedia at the ERAM – University of Girona (Spain), master in Graphical Interface Design at the University of Lincoln (UK) and doing research on cultural interfaces, art and media during his PhD on interaction design and data visualization.

He has been awarded with prizes on digital art, and some of his works have been shown in art centres and festivals in Spain, France and Singapore. Amongst them, Arts Santa Monica (Barcelona), Sala de Arte Joven (Madrid), VAD Festival (Girona), Ingràvid (Figueres), and the National Academy of Fine Arts, NAFA (Singapore).

He uses several techinques, from performance art to sculpture, coding and media art, to generate interactive artifacts which often establish a vivid dialogue with the viewer. Most of his works -however beautiful in its surface- are there to challenge preconceptions about technology and a reminder of how it needs to adjust its potential to human measure and nature. 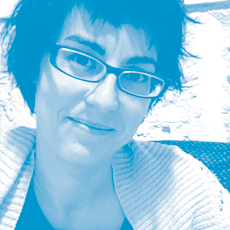 Bachelor of Fine Arts, Degree in Graphic Design, Postgraduate in Visual Culture Studies at the University of Barcelona (UB) and Master in Multimedia Applications at the Open University of Catalunya (UOC). She has an extensive professional experience as a graphic designer, illustrator and prepress specialist. He has published the book “Onprint: from screen to paper and vice versa” with Index Book, and she gives lectures about graphic design trends.

Currently, she is a lecturer in the Multimedia Bachelor in the UOC. She has taught at the Polytechnic University of Catalunya (UPC), the Autonomous University of Barcelona (UAB) and several vocational schools in the field of art and graphic design. She is a researcher residing in Hangar, a research and artistic production center based in Barcelona. She is part of the PhD Program in Network and Information Technologies at the UOC. Her artistic and academic research is focused on visualization as a narrative tool for exploration, experimentation and learning, and at the same time as a representation of individual and collective identities in analog and digital media. 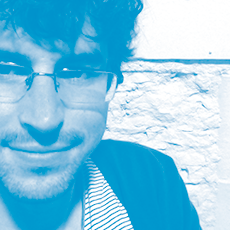 Degreee in Sociology (University of Barcelona, 2008) and Master on Information and Knowledge Society (Open University of Catalunya, 2011). He has experience as journalist writing about arts, science and technology, and as cultural manager in both Spain and Uruguay.

He is columnist in El Observador, a Uruguayan newspaper. He has been assistant professor in Communication and Audiovisual Engineering degrees in the Catholic University of Uruguay, where at present is co-directing a research program on transmedia. He has been visiting professor in Fine Arts and Audiovisual and Media Languages degrees in University of Republic (Uruguay), and has given lectures and talks in several biennales and congress on new media, communication and arts. He has collaborated on the books Crossmedia Innovations (Peter Lang) and Fanatics (UOC Press), writing about transmedia. Currently he’s resident researcher in Hangar, focusing on information society, digital culture and new narratives. 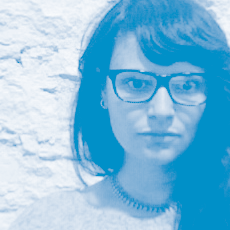 Clara Piazuelo is currently in charge of the knowledge transfer programmes in Hangar. BA in History of Art (Universidad de Zaragoza, 2000) and BA in Audiovisual Communication (UB, 2003). PhD in Arts Education and Visual Culture (Diploma of Advanced Studies of the Faculty of Fine Arts, UB, 2006). She has worked as a member of several collectives such as YProductions  and Zzzinc developping projects on cultural research and innovation. She has also undertaken curatorial tasks in “Kill the Author” (2010) or “After Party” (2008), among others projects. She is currently actively working in the academic field as a lecturer for worshops, talks, universities and national and international cultural centers.