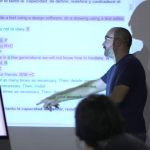 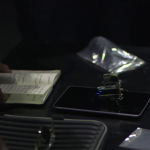 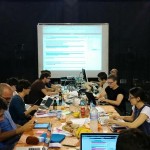 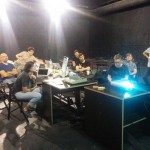 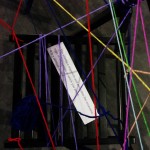 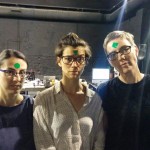 During these two days several dynamics were carried out to pool ideas that each had worked individually in their texts. Through a physical display we could visualize the network of the relationship between the texts and the Manifesto.

We also used the ICONUU  tool to design icons and to experiment with iconic communication, we  took it as a case study to discuss about its interface and to apply all the concepts the we have been working on the theoretical research.

The rest of the dynamics were focused to imagine the final format of the manifesto. One of our concerns was that the Manifesto should have a real impact. To move from words to action, we take each point of the manifesto and deploy a range of activities, attitudes and actions in order to develop an actively critical relationship with the interfaces. These actions were classified into four types: Poetics (P), awareness (A), change habits (H), change of world (w)

Finally it was agreed to put all the information on a wiki, as it is an open interface, and it is very useful for work in team and for disseminating knowledge.